Over the month of Jan, I completed inking the character portraits and landscapes, and have done most of the photoshop work, cropping and editing all the images. Now I’m up to importing them all into the game, testing if they all work at the higher 1080p resolution, and bug-testing in general. It really helps to make the image pop on HD monitors, it ties the disparate aesthetics together, and strengthens character designs which I originally felt were quite weak, such as Milia's mother Kat. Here are some samples. 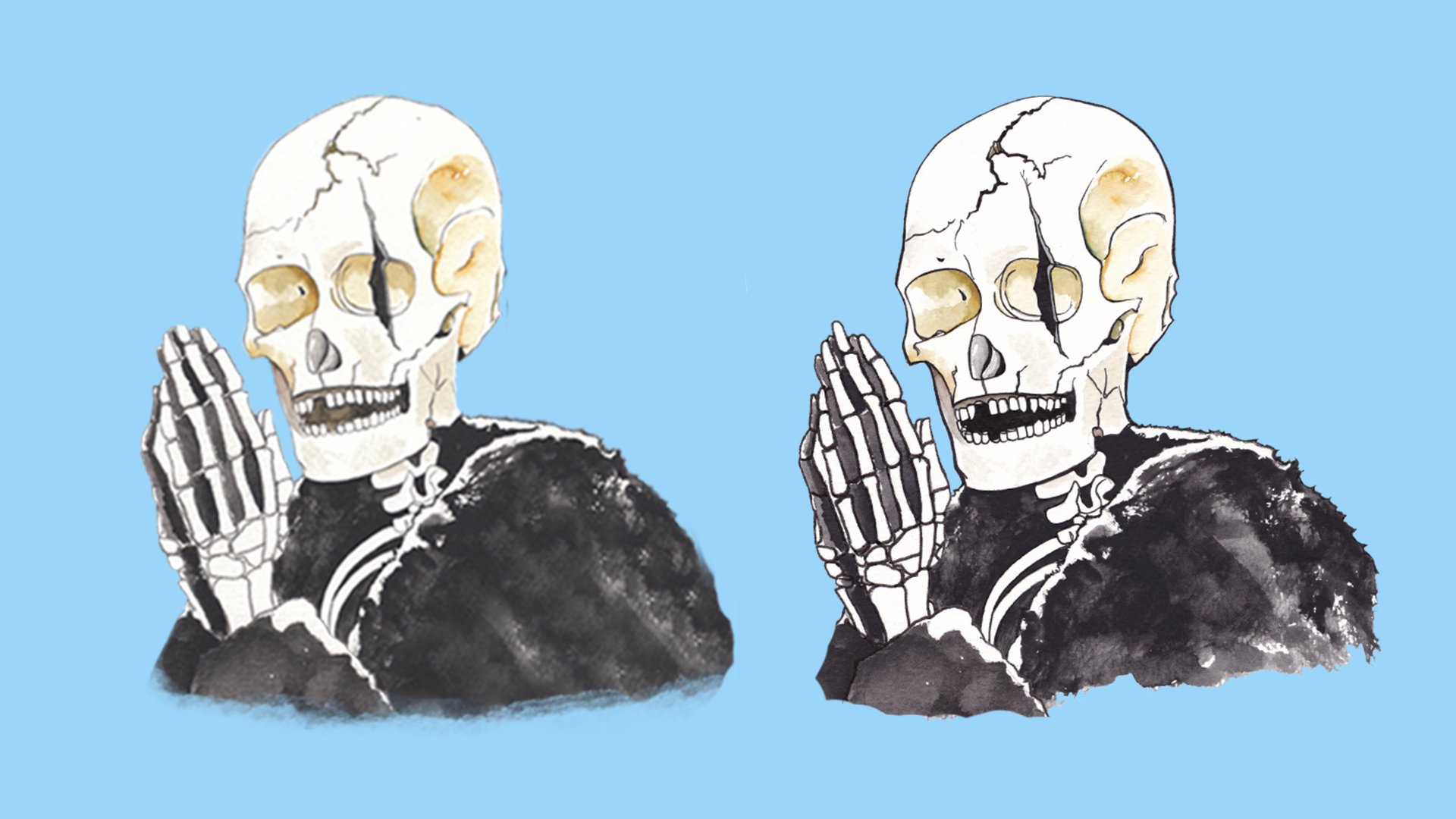 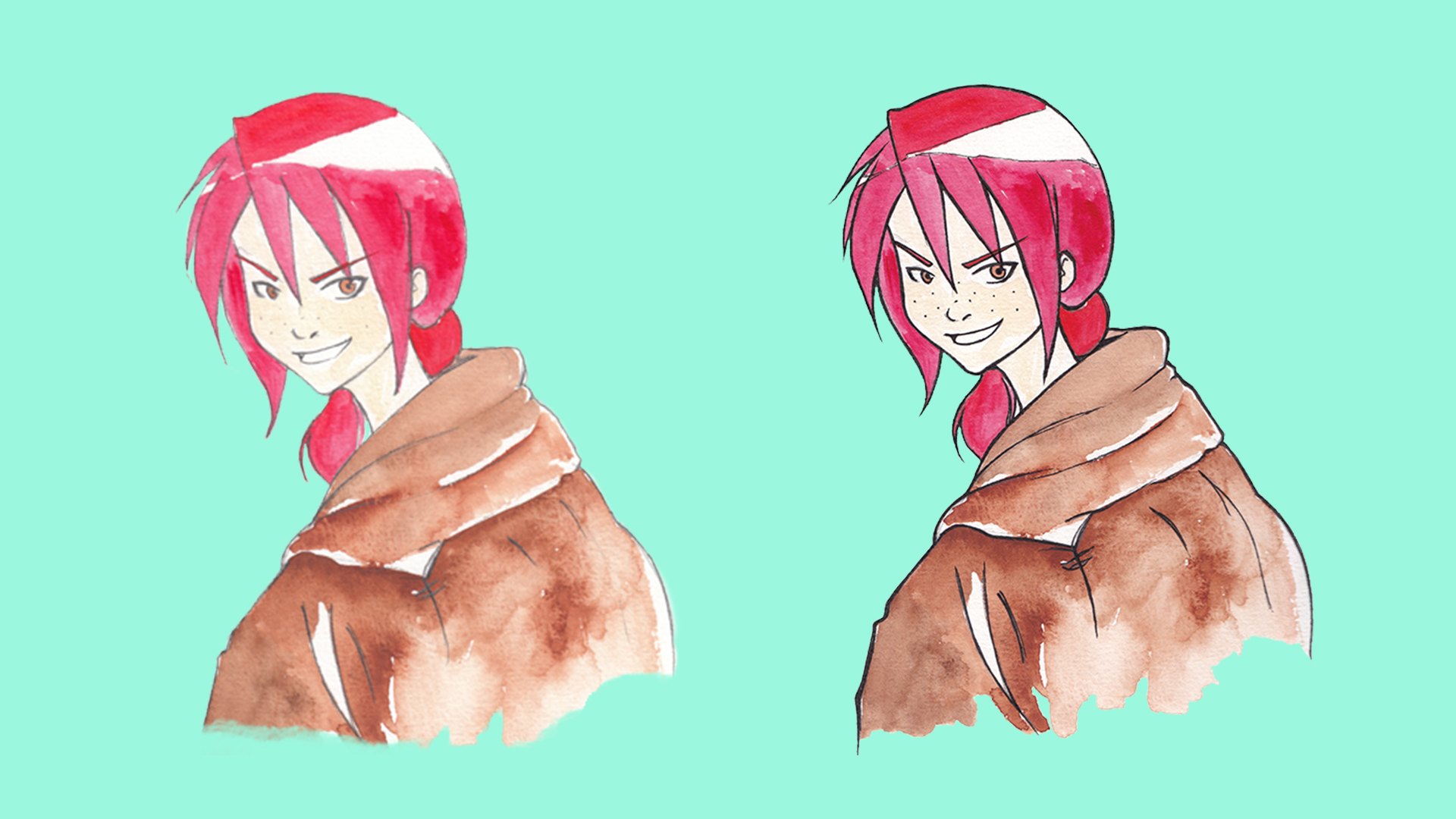 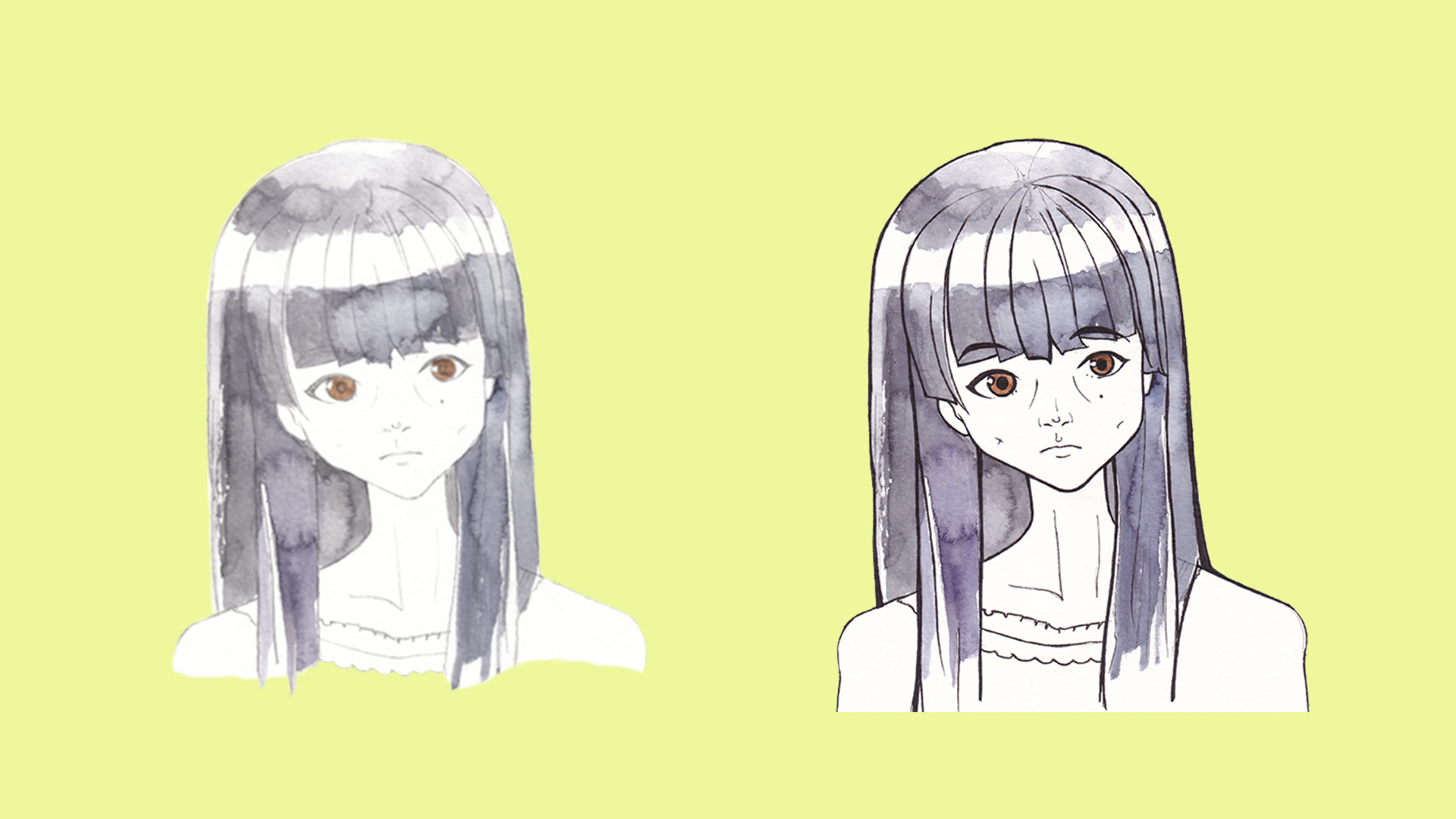 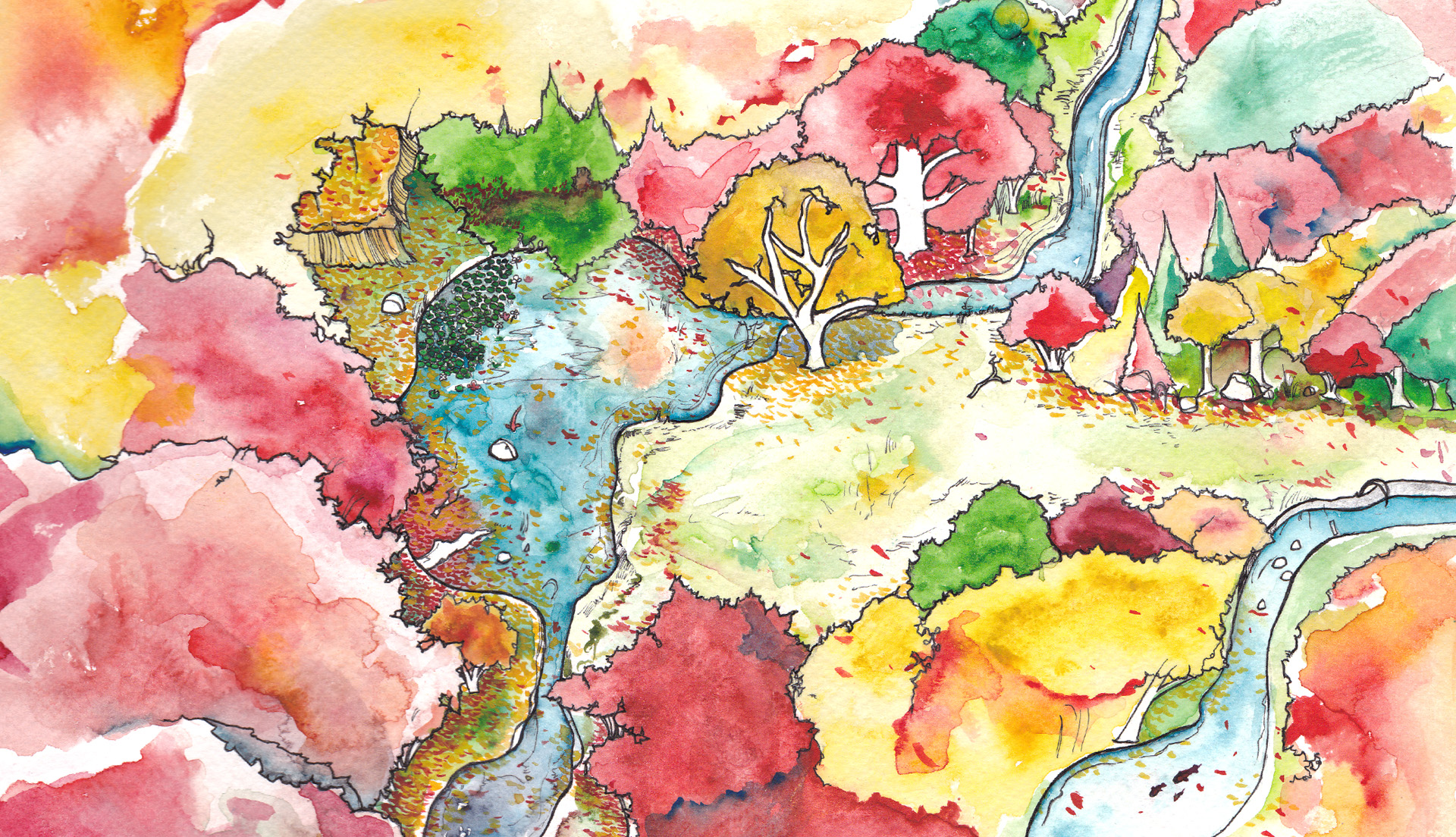 Updated the lake area by adding more layers of leaves to better match how I represented the area in the title screen with Milia looking out to the lake. Also still working with creating collision maps for the landscapes. It works amazingly well with the higher resolution. Increasing the resolution also means being able to increase the resolution of character sprites.

The plan for Feb is I hope to finish the 1080p update by 1st March. This includes fully bug-testing all story branches and making a few structural changes to add more content. I won’t be removing content, or even replacing it, as I feel it won’t be the best use of my time. I’m reminded of how George Lucas altered certain things in the later editions of Star Wars, rather than adding to it, to the outcry of fans. So instead I’m making design choices that like, folds and expands the existing content. This includes:

TIP: Don’t use Reddit for self promotion. I feel a bit ignorant not knowing this, but it is against the rules of most subreddits and you’ll very likely just get your post removed or even banned. I’d say just build your own audience slowly. I can honestly see why Reddit mods would do that though, it is about respecting those communities and not to let others break the integrity of that community where others have worked hard to build up.

Got a part time job in retail again. Was very overwhelming at the start learning how everything works and being left by myself to work, but getting the hang of it.

While I was trying to get into a gaming industry job, a lot of people reached out to congratulate me and told me very, very nice and supportive things which I’m grateful for. One person told me that by having my game up on Steam, I’ve accomplished things that a lot of people can't, and that includes large companies. Especially following through on a project and putting in the work. Another note isthat I’ve already “broken through” into the industry and am part of it by having something up on Steam. It was really beautiful reading these comments, and it moved me a lot hearing that.

After a lot of thinking, I do want to keep updating and expanding Shivering Hearts. I honestly do believe in my vision. I see things. I see the ways that the software can be manipulated and tweaked, and how my drawings can interact with RPG Maker MV in so many ways. Through the first year of work, I created this melting pot of characters and themes. I picture this bubbling cauldron of ideas that I want to keep adding to, and I keep finding new ways in how I can push the gameplay mechanics and the fiction of this world.

My plan is to keep self-funding this project through my own time and money. It’s what I have already done in the first year of development between Sept 2019 - July 2020, until I ran out of money. If I were to get a job back in Architecture, Interior Design, Kitchen Design or wherever life takes me, I will still commit months, even years to this, and have it always fit in with my life. That would mean sacrificing other things like not playing as many games, see people, and less time to relax in general. Currently, my routine is coming home after work and spending 2-3 hours slowly chipping away at the massive to-do list of drawings and features want to implement. Even though I’m making much slower progress compared to when I worked full time on it, usually 10-12 hours a day, it still is better than me not working on it at all.

I also don’t think crowdfunding would be the right fit for me. I think that even if I successfully crowdfund my project, it won’t provide me enough long term security at being able to develop this to the degree of quality I would be proud of, while also not worrying about how I’m going to pay rent for the next month. I am still very happy at how I pushed through all of this. Worrying about backer rewards and deadlines and all that stuff also seems like a lot of work that I’d rather spend working on the game.

I’m going to use a weird analogy, but while planning out my future goals, I’m reminded of playing Magic the Gathering. Something that stuck with me through the years is when you draw your starting hand for Magic, an important factor regarding whether you should “mulligan”, which means reshuffling and drawing your hand again, is you should consider if you can play a full game of Magic with just the cards that you drew. You should formulate your strategies and how you can approach the match as if you were only going to be using your current hand. Even if you have some incredibly powerful cards in your deck, you shouldn’t rely on the possibility of luck or drawing more cards to form a basic plan.

I feel that this can apply to my plans for Shivering Hearts, but also life in general. We’re all dealt different hands in life, and instead of relying on the luck of drawing the perfect card next round to complete your strategy, you really should work with the cards that you have. Very corny, I know. Much wisdom. A thinly veiled excuse to show my Sliver deck haha. 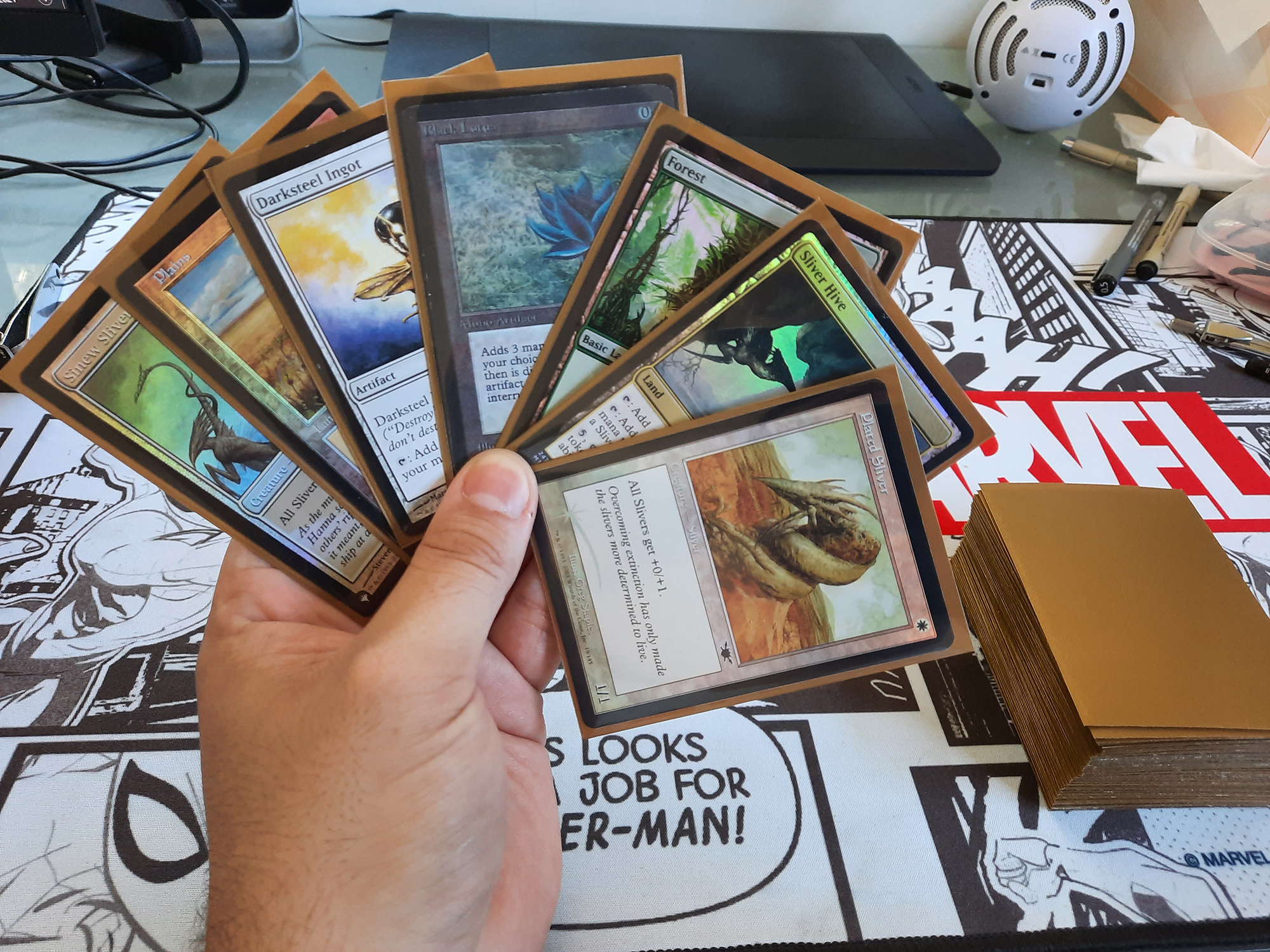 I want to commit to this and expand on it. It helps to do it in writing.

Last note, someone told me my game reminds them of Suikoden 2, and I can see why. This game is goddamn incredible. The anime portraits are definitely hand drawn paintings that have been compressed into pixel art by the PS1 resolution, so I can see how my art is a super charged HD version of that. The planometric view of the world is also consistent with how I represented my world. My wish is to create drawings in a detailed, isometric style like Baldur’s Gate 2 or Fallout 1, 2. 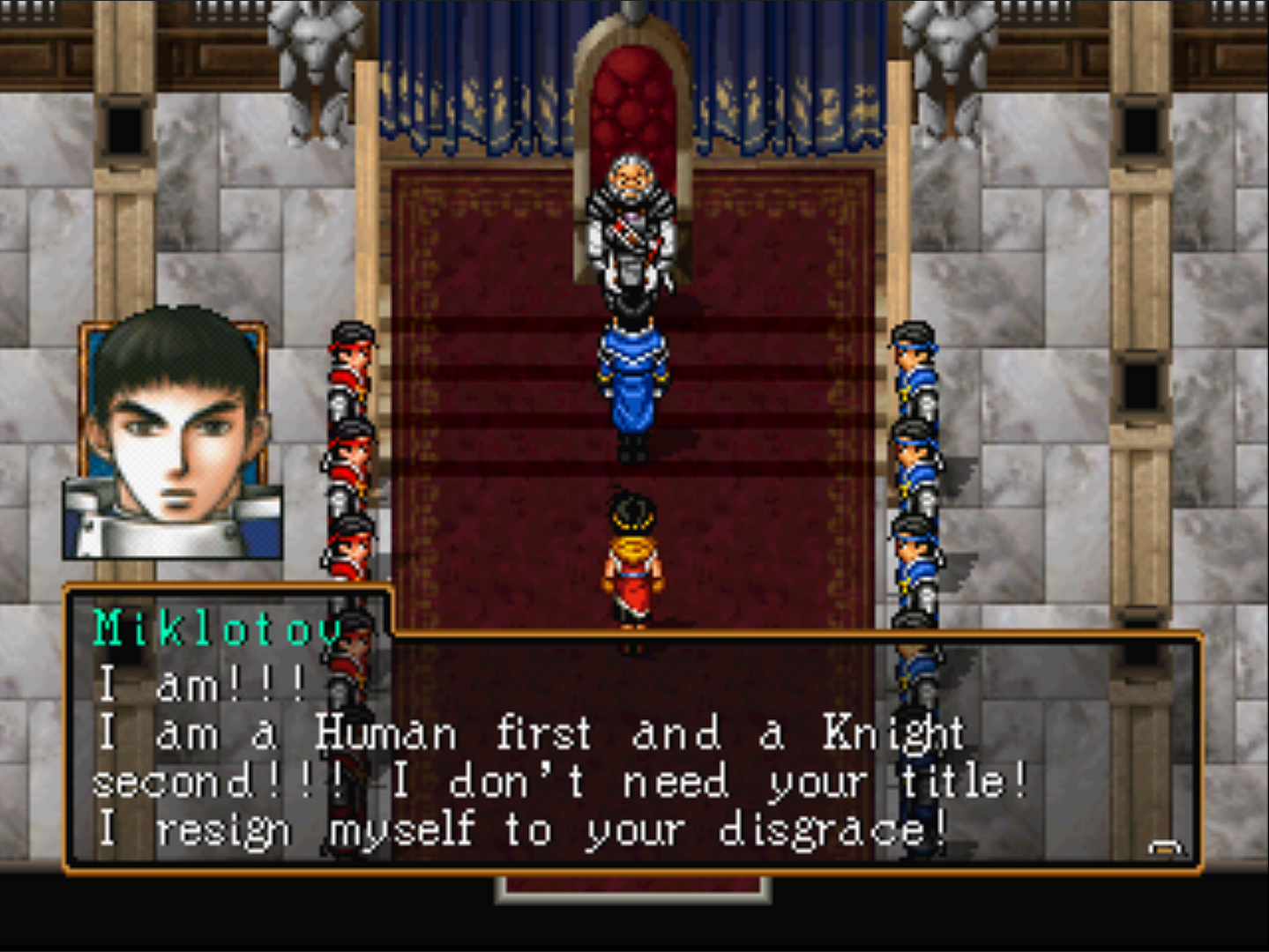 Also the writing is pretty incredible. Them emotions.

See ya in a month for more updates and hopefully a new build for Shivering Hearts.